Inspiring Passion Through Purpose, with Philippe Clarinval and Rob Brandenberg

Home/Inspiring Passion Through Purpose, with Philippe Clarinval and Rob Brandenberg
Previous Next

Inspiring Passion Through Purpose, with Philippe Clarinval and Rob Brandenberg 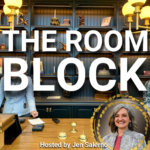 The Room Block
Inspiring Passion Through Purpose, with Philippe Clarinval and Rob Brandenberg

Can you or your company claim a purpose that inspires the people working with and for you? It takes a visionary leader to fuel this kind of passion, and a little Swiss hospitality doesn’t hurt either. Philippe Clarinval and Rob Brandenberg are Hotel General Managers and friends who share the mentality required to infuse their teams with a dedication to service excellence, even during a pandemic. Listen in as Philippe and Rob chat about managing vs. leading, positivity vs. hope, and why it’s so important to strike a balance between the transactional and the transformative.

Philippe Clarinval is the General Manager at Carlton Hotel St. Moritz. Following completion of his MBA degree in hotel management, Philippe worked around the world. After holding several management positions in Europe, the USA and Asia, he then served as Resident Manager of Shangri-La Hotels and Resorts in Indonesia and Malaysia. Following that appointment, he spent seven years as Managing Director of the five-star Omnia Mountain Lodge luxury hotel in Zermatt, which he transformed into one of Switzerland’s leading hotels. Philippe is a multilingual Swiss-Belgian citizen, a member of the European Hotel Managers Association, and a current Doctoral Candidate at the University of Liverpool. He has also obtained certificates in Executive Leadership and Higher Education Teaching from the University of Oxford and Harvard University, respectively.

Connect with Philippe at https://www.linkedin.com/in/clarinval/

Learn more about the Carlton Hotel St. Moritz at https://carlton-stmoritz.ch/en

Rob Brandenberg is the General Manager at the Pan Pacific Seattle. Prior to this, he held positions such as the Director of Food & Beverage, Director of Operations and Hotel Manager in locations including Atlanta, San Francisco, San Diego, Jakarta and Bangkok. Rob has worked for several luxury hotel brands like St. Regis, Peninsula, Luxury Collection, Ritz-Carlton, Regent and Le Méridien. The start of his over two-decade long hotel career started as a pastry chef back in Zurich, Switzerland, where he was also born. Going through a formal culinary training in a Grand Hotel in his hometown, his path let to New York City where he started his first assistant management role with the Peninsula Hotel Group. After stints in the Manhattan Restaurant scene, he returned to the world of hotels for good to pursue his dream of becoming a General Manager.

Connect with Rob at https://www.linkedin.com/in/rob-a-brandenberg-2632366/

Learn more about the Pan Pacific Seattle at https://www.panpacificseattle.com